CONGRATULATIONS. You’ve been accepted to more than one college. Now comes the hard part: deciding which to go to. Make a mistake and you could be repeating the whole application process again next year — to transfer out.

Let’s say the cost is similar. How to choose between two good options?

Look to the Future

Remember this, says David Montesano, founder of the consulting company College Match: “College is just a tool to help you achieve your life goals.”

If your goal is to make money, don’t assume the more prestigious the institution, the more earnings. Equally smart students make about the same whether they attend a top school or not, according to the economists Stacy Dale and Alan B. Krueger. But Hispanic, black and low-income students, they found, can expect to earn more if they graduate from an elite school. Data at Payscale.com can give you a sense of what graduates of individual colleges earn. 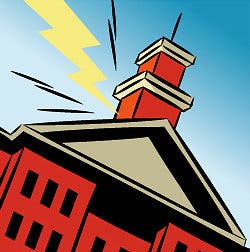 If your goal is grad school, investigate which colleges produce healthy numbers of master’s and doctoral students. Some colleges post comparative lists on their sites crunched from federal surveys. The National Science Foundation also lists feeder schools for science and engineering Ph.D.’s. The percentage from Reed College, by the way, is higher than from Princeton or Harvard.

Steer Clear of Colleges in Crisis

Reading student newspapers online will tell you whether students approve of how officials respond to problems, like hazing or sexual assault. Are students protesting against the Keystone XL pipeline or problems with the school itself, like too many adjunct teachers or disappearing services? And pay attention to public funding of state schools. Budget cuts can increase class size and make it harder to get the courses you need to finish your degree in four years.

Reviews on websites like unigo.com, collegeprowler.com and studentsreview.com can give you a sense of what each school’s students complain about ­ — ­at Cornell, for example, students grouse about being graded on a curve, while Rutgers students bemoan feeling like a number. But the best way to determine the weak points of a particular school is to ask students or recent alumni.

“One of the most important things a person can get out of college is confidence based on success,” says Jane K. Klemmer, an educational consultant in Briarcliff Manor, N.Y. Look for a place where the learning environment and social scene will give you the most opportunities to succeed, she says. “If there are a lot of fancy cars in the parking lot that are going to make you feel poorer and somehow inferior, that could be a problem.”

Matthew Baker of Riley Baker Educational Consulting suggests that you gauge whether you will fit in by asking, “Would I want to hang out with these people on weekends?”

School traditions might also indicate where you belong. Take Colgate University and Grinnell College, two rural liberal arts colleges on pretty campuses that accept students with similar SAT scores and grades. Colgate students begin and end their college careers with a torchlight procession to a bonfire where they sing the school song. A big tradition at Grinnell is the annual Mary B. James cross-dressing ball. It should be no surprise that Colgate is beloved by preppy scholar-athletes while Grinnell is a haven for hipsters who discuss Derrida into the wee hours.

Some relish a challenge. Daniel Surman, a political science student active in Republican politics, ended up at Macalester College, which had offered him the most financial aid. But Macalester topped the Princeton Review’s list of most liberal colleges in 2011. “I was intrigued by the idea of being the iconoclast in the class,” says Mr. Surman. “Being at Macalester, I’ve definitely gotten better at defending my views.”

And he started a student group. Membership: 5 to 15 Republicans.